a minor blog about the trials and tribulations of large format, film photography in Australia

Gary is a photographer based in Victor Harbor, South Australia. He photographs his local area, works on various projects and publishes photo books.

Built with Posthaven
Theme based on Lanyon by @mdo

FOPG: in the Otway National Park

This post breaks with the initial  historical approach to this minor weblog about the trials and tribulations of  the practice of large format photography in Australia in an increasingly digital world.

The photo below  is a  behind the  camera photo  made in 2021 when I was at Lorne with the Friends of Photography Group (FOPG). It was made in the Otway National Forest, whilst we were on our return to Encounter Bay.   The location is  near Joanna Beach, which   is between Apollo Bay and Lavers Hill on the western edge of Cape Otway.  I had wanted to explore the coastal rocks around Blanket Bay and Point Franklin,  but time had run out. That is for another  photo trip  whilst en-route  to Melbourne.

The specific  location of the photo is  the Aire Settlement Road. I was looking for the Old Ocean Road but I made the wrong turn.  No matter.  The  Aire Settlement Road is easy to access and I could quickly  set up the 5x7 Cambo monorail on  the side of the road by the car.  I  had seen this particular road  on an earlier trip,  when I  had briefly photographed along the nearby Old Ocean Road.   I had  remembered  that photo session and I had always wanted to return to the Otways. 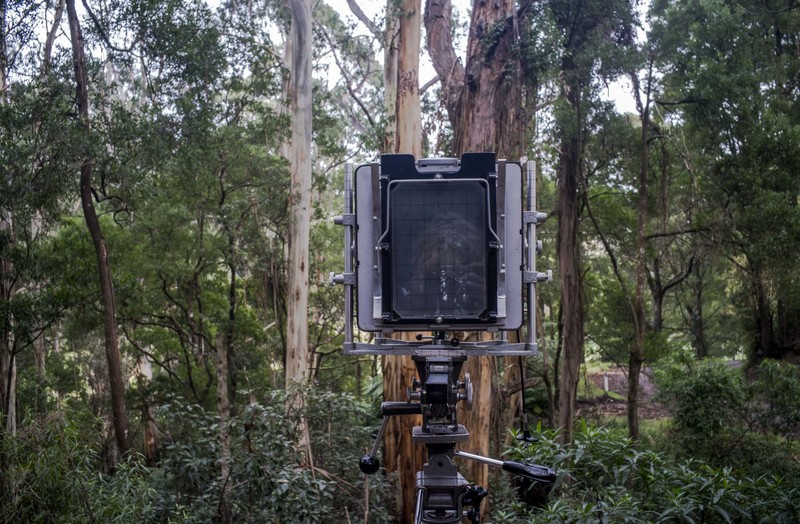 (You can see a larger version of  the photos in the post by clicking on the photo).

Though this  photo is a self portrait,  it is really a momento of FOPG's Lorne field trip and  a good bye to  FOPG.    FOPG  disbanded just after their weekend Lorne  trip in March 2021. The FOPG website has gone. Since it would not have been archived by the National Library of Australia, the group  only exists in people's memories, and these fade over time. (I will publish some of the large format photos that I made  on that field trip latter as they still need to be developed by Atkins Lab in Adelaide).

I do not know whether  FOPG'S Facebook page will remain, or whether the group  will continue to exist as a Facebook group --ie., the ex-members will continue to post their  large format  photos to FOPG's Facebook page.  Presumably,  the various members of FOPG  will now go their own way with their photography.   Or we  can continue to connect through the View Camera Australia blog, which  is run by David Tatnall and  it places an emphasis on the photograph or the print. That wonderful blog is the hub  for large format photography in Australia.

Living in Encounter Bay in South Australia meant that I could only be on the fringes of the primarily Melbourne-based FOPG.  I was the only large format photographer in Adelaide to do so. I participated in some of  FOPG's weekend field trips when these were in western Victoria,  but not  their  day trips,  their visits to various  darkroom around Melbourne,  or  the group's annual,  pre-Covid physical exhibitions in Melbourne.  I was very comfortable in the group even though I was on the fringe,  and  a wilderness photography centred around the beauty of  nature,  was a minor current of my photography. 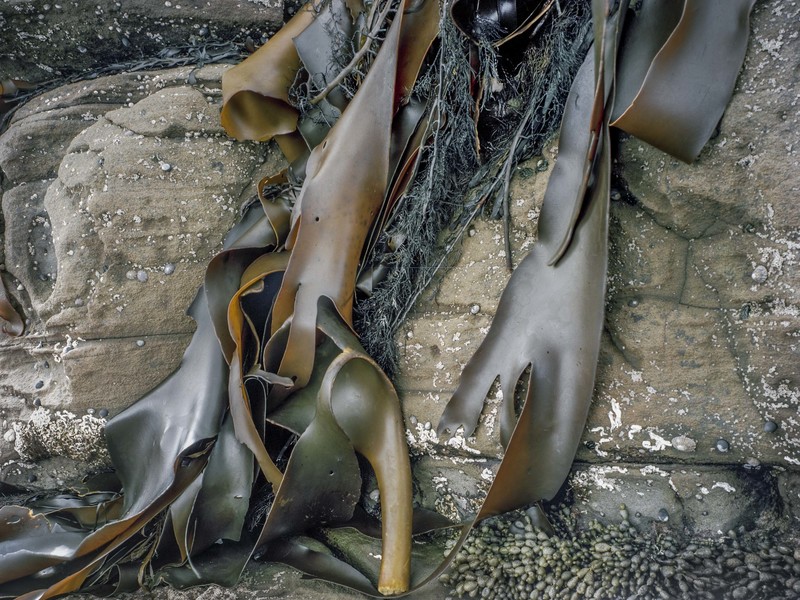 FOPG  had been set up and nurtured by David Tatnall over a six year period to explore the genre of the landscape in Australia.   I found the  group to be an open, welcoming one that provided a  balance to the solitary aspect of large format photography. Members helped one another, provided support and encouragement. This community ethos is a very different one  to  both the normal competitive ethos of photographic culture in Australia and the industry culture of commercial photography. It was a haven in a heartless world, so to speak.

One way to put the significance of FOPG  into perspective is to place  the group into a relationship to the Photographic Studies College in Melbourne, which  I visited on a recent trip in late April as an old graduate (in the late 1970s).   I was at PSC  to give two of my photobooks to Daniel Boetker-Smith for the Asia-Paciific Photobook Archive, Whilst there  I was given a tour of the school -- it was completely  digital--no darkrooms anywhere.   Sure PSC is linked to the industry and places an emphasis on the studio: -- when I was there  the 3 studios were  a hive of activity as the students are engaged in what is called fashion shoots.   But PSC  also has art and documentary photography streams, as well as offering a Master of Arts of Photography. However, from  what I could see,  analogue was history. The future was digital. Large format  was of  a bygone era. 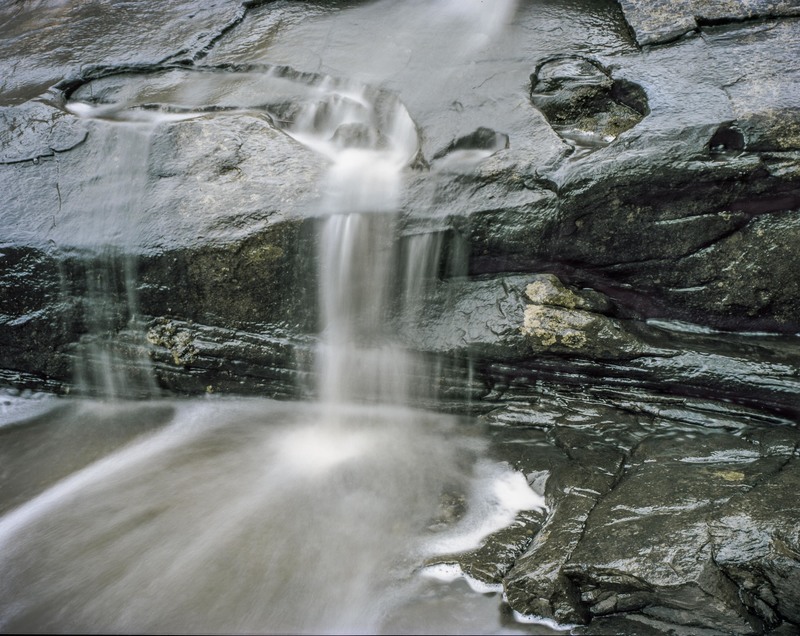 So 3 cheers for FOPG. The culture of large format photography in Australia would have been more impoverished without them.

It took a lot of time and effort by David Tatnell to help nurture and grow his hub of large format photography,  and we owe a lot to him  for his effort over those six years. The next step, presumably,  is to  find ways to build on what it had achieved in its 6 years. How that can be done us currently unclear.

Maybe this minor blog can become  a supplement to the impressive View Camera Australia blog.