I  basically walked away from  the Currency Creek project. I couldn't figure out how to conceptually  continue with it.  It didn't grow into  a project as I'd hoped, mainly because  I found it too hard designing different situations and activities with models along the different parts of  the creek.

I decided to take a different approach. I would just concentrate on intuitively making a few photos, put the conceptual stuff  in the background,  and then see what emerged.    I choose the coastal interface at Port Willunga. It was  a landscape where nature meet or interacted with human society. 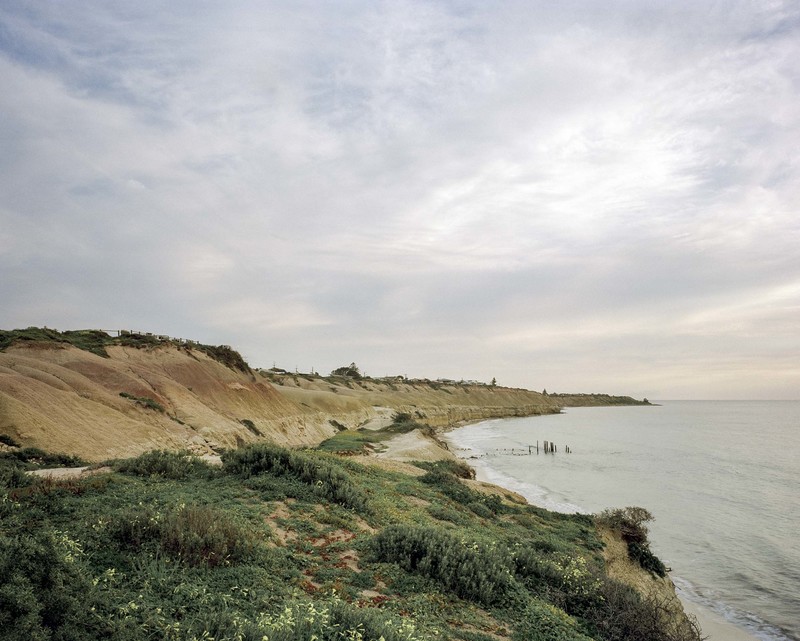 The third  photo session at Currency Creek  in the same period was  slightly more deliberate or considered.  I was now starting to think in terms of large format rather than medium format,  by  learning to take my time making a photo,  and  accepting that this was an integral part of the large format process of photo making.  Its motto was slow down. Take your time. Don't hurry. 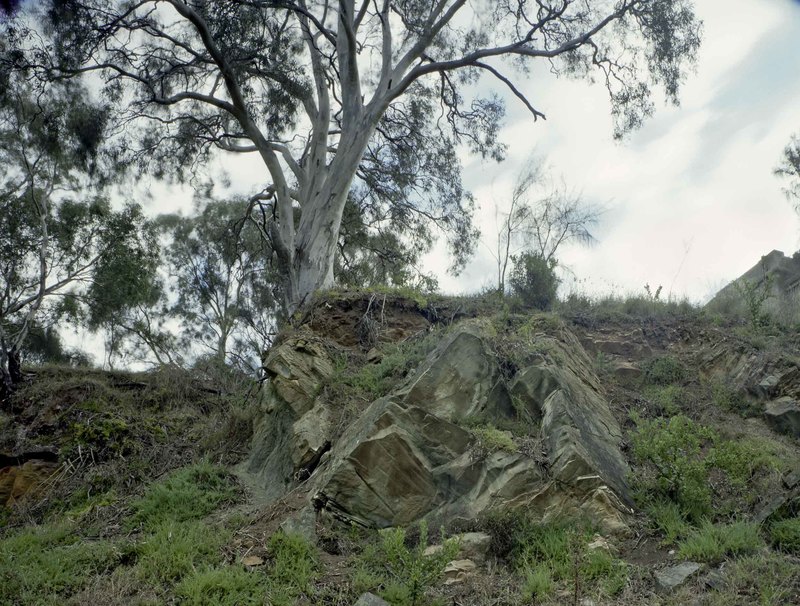 However, my  process was still  largely intuitive. My memory of this event was something along the lines of:  "hey,  this scene looks rather  interesting so why not make a photo. It's a different aspect of Currency Creek than the creek itself."  So I'd line up the Linhof 5x4 Technika IV  and make a photo.

On a latter visit to Currency Creek  we walked as far along the creek as we were able to  before hitting  the fences that marked private property/keep out of the farmland.   We returned  to an area just above the waterfall where we could sit and watch the water in the creek. We ---Suzanne, myself, and the standard poodles -- had a small picnic there.

I knew this area from our previous walks,  so I  had some  sense of what I would be photographing. I was starting to think  about what I was going to do at a  photo session before the event. I had  begun realize that the entire process of large format  is very different compared to medium format work,  which is how I had approached the former  when I was restarting large format.  I could also sense that large format gave me a sense of discipline. It slowed you down -- setting up the camera, composing, focusing, locating and handling the film holder before, during and after exposure. 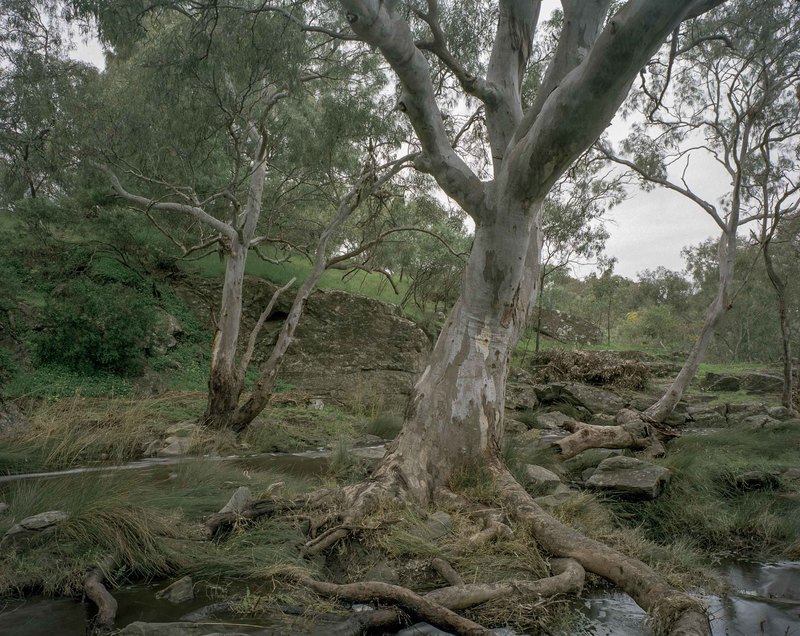 The conditions  for this photo  were similar  to those  of the earlier Current Creek session --- overcast with  flat light -- but it was in the late afternoon rather than at midday. I made a couple of photographs with the Linhof 5x4 Technika IV.  The process was largely intuitive.