I remember that photographing this rock formation at Kings Head, Waitpinga with a large format camera (5x4) was a disconcerting experience. It was probably 6 years ago, just after we had shifted to living on the coast of the southern Fleurieu Peninsula  in South Australia, and I was photographing in my local area.

It started me thinking about the landscape tradition. Though I'd studied this rock formation a number of times before deciding to photograph it, the photographic act  was not as simple as pointing the camera at an object in front of the camera  and taking a photo. There was  the  time and effort involved in carrying the equipment to the location, then the time and effort making the photo. The latter was over an hour as I waited for the sun to go off the rock. Slowly I became aware of being in nature rather than outside it. In the time that it took to make the photo I  became aware of  nature changing around me,  as well as noticing the weathering marks on the rocks. 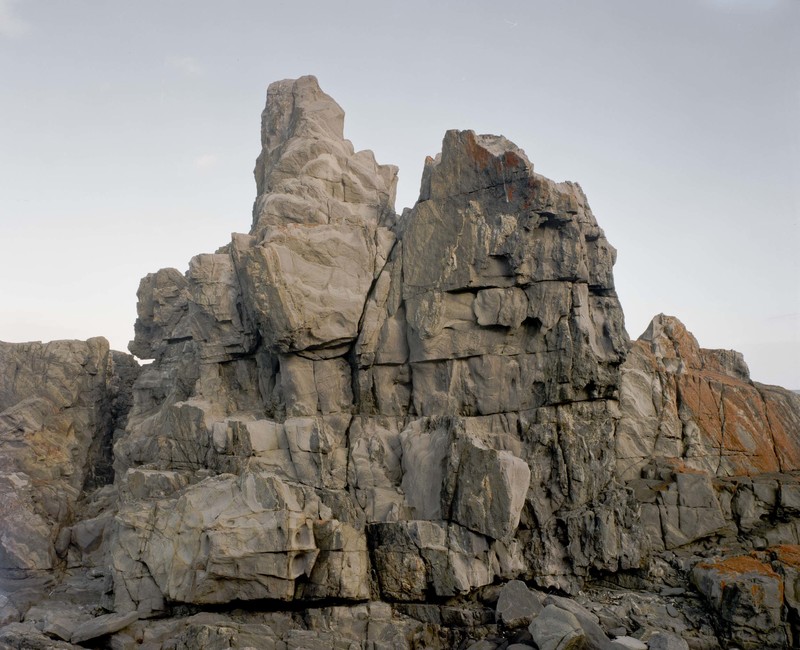 Slowly  the large format photographic event   became about the experience of being in nature: that is becoming aware of the  wind, sea spray, the sounds of the waves and the gulls, the heat reflected from the rocks onto  the human body, the clouds covering and uncovering the sun, and the ever changing light;  rather than being the photographer  standing as an outside observer gazing upon the  form of the coastal rock formation.

So what to make of this embodied experience  of large format photographing? What did it mean in terms of the history of  the landscape tradition in Australia? Did it mean anything, given that this was, and is,  the traditional land of the Ngarrindjeri people? This is where the sealers and whalers stationed on Kangaroo Island  prior to 1836 grabbed and made off with the women from the Ngarrindgeri people.

What would it be like to photograph this country  from the perspective of the Ngarrindgeri people after land rights I wondered?

The picture below is from the archives.

I was just finding my large format feet again with this picture. It would have been around 2009 2010.  From memory it  was an attempt to represent the brightness of an early summer morning along the coast at Kings Head: 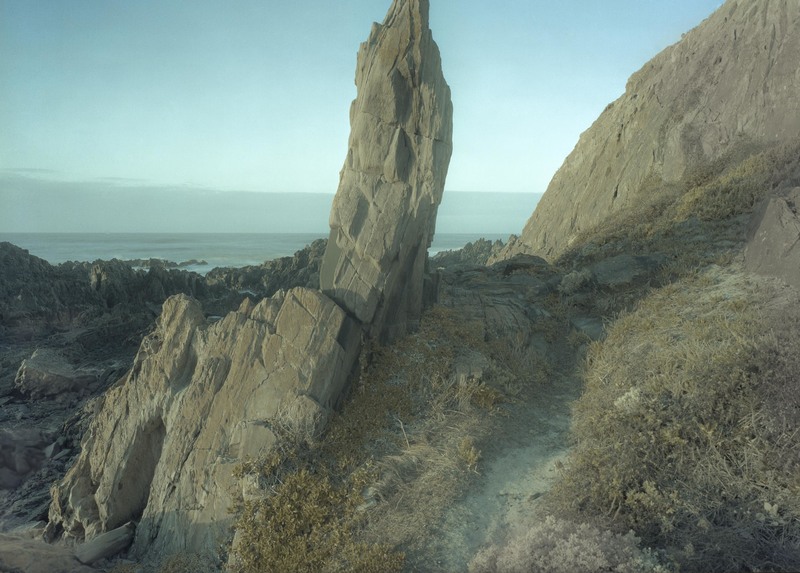 It was meant to be the  washed out, very dry,   late summer look. It failed.